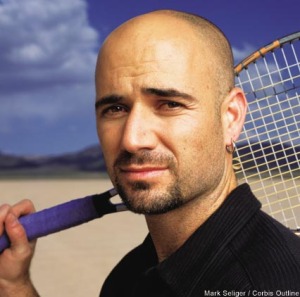 In Vienna I have been living in a student hall of residence for two years. Not all rooms are rented to students. Some are also rented to Iranian refugees of Armenian decent — the most important Christian minority in Iran. The manager of the house is Armenian himself. But apparently there is no philanthropy there, these refugees even have to pay a higher price than we do. They are a non-Muslim minority in Iran, they speak Armenian, and it is for them incredibly difficult to live there because of social and economical discriminations, not to mention the very strict Shi’a-Muslim way of life that they must follow. They all go to the USA, and have been doing so for decades now, with the blessing of the Iranian authorities of course.

Until now I have been caught up in my studies and my work and have not gotten time to exchange much with any of them. I have seen them coming and going, some rather swiftly, others waiting longer. However I am on holidays now and all the students are gone, being replaced by tourists. I am living in one room only with a couple of other floor mates, and two rooms occupied by four Armenians, two girls and two guys. They are very kind and open people and as we are often in the kitchen together we are talking, although their English is not always too good yet (but mine is not that perfect either). We form a little community by our immediate proximity and common use of the kitchen. I began to think then in terms of international relations, and wondered about the application of different frames of thinking. The kitchen is then the geopolitical zone of interaction, we have a common interest in keeping it clean and functional for the benefit of all. It is also the place where we exchange by using it: communicating, cooking, observing each others.

I am thus learning something about a group of peoples I did not even know existed. I am interrogating them a lot about Iran, life conditions there, the refugee process etc. I hope they do not see me as a policeman of some kind. Armenian Iranians mostly live in Tehran. But then again most Iranians do: 15 million people inhabit this over-polluted city! Forget everything about Beijing. The smog of pollution is so dense there you need to decrease your speed by half when you are walking and use a GPS.  I find it very worrying this automatic granting of asylum to them. Of course it is much better for them, they are off to a country that will allow them to reach their capabilities fully, and where they will not suffer from discriminations and be imposed certain restricting rules in their daily life. But the country is also slowly emptying itself of this age-old minority. It is a kind of asylum ethnic cleansing. Dreadful. And there is no hope for change. Even if the Muslim youth is despising the regime and aspire to more liberal rules and relaxed social , they too are quitting the sinking boat to live a more fulfilling life abroad. So only people without resource, members of the establishment, or sympathetic elite stay in the country.

One of the guys I am discussing with the most, Arbi (who with his shaved head looks like Agassi, another American of Armenian Iranian descent), tells me that they all go to the USA rather than Europe because they already have a community and relatives there, and that they can. It is really a slow massive population displacement in a way — a community is being displaced from one location to another. I cannot help but think about the sadness of this process. Obviously it is a great gesture on the part of the USA to accept all these refugees.

They all go to California, mainly because of the weather and the already established community. They have nothing to do here in Vienna all day but to wait for the process to be processed. At some point they are simply bored — no money, no job, all the sightseeing done, nothing left to do. Apparently the process takes about two years, and I am told that the real difficulties first arrive in the USA as they have to run for about a month from one bureaucracy to the other to get all their papers and permits in order. Arbi, has a degree in bio-chemistry that he will have to pass again. But he says it does not matter, nothing of all the troubles he is going through by moving to a new country, filling tons of applications, red tapes, passing the same exams again, nothing is worse than the troubles they suffer by staying in Iran.